Inrotech, Inwatec and Linak are fighting to win this year’s DIRA award, which is presented during the opening of Automatik.

When Automatik kicks off on September 11, it will happen with the revelation of who wins the Automation Award 2018 – the so-called DIRA award.

The award is given to a company that has invested heavily in automation in production or has developed solutions that in other ways promote automation in the industry.

This year, 15 companies were nominated for the award, and three nominees are in the race, which will be decided on 11 September. After the award ceremony, it will be possible to hear the three nominees talk about their experiences, investments, and solutions.

The final winner will be selected by a jury consisting of Ole Madsen, Professor at the Department of Mechanics and Production, Aalborg University, Peter Krogh, Technical Manager at Vola, Bjørn Godske, journalist at Ingeniøren, Nigel Edmondson, Director at Made and Anders Sørensen, Co-Founder and Partner at Intelligent Marking.

Inrotech
Inrotech, based in Funen, has been nominated for its mobile welding robots with adaptive intelligence that can be used and set up anywhere. The special software makes the robots easy to operate even for people without knowledge of programming or experience with robots. Automated welding solutions of manual welders are crucial in a highly developed country like Denmark to maintain the production of large steel structures.

Inwatec
The Funen engineering house Inwatec has been nominated for its robots, which make it possible to remove manual processes in the laundries. It creates greater safety for employees and significantly increases productivity, as the robots and automation processes are optimal for the many heavy and repetitive processes that take place in the production at the laundries.

Linak
Actuator manufacturer Linak has been nominated to strategically consider automation in everything with the aim of preserving production in Denmark. Thus, in recent years, Linak has acquired many robots, designed products for automatic production and introduced a new project model to reduce the time from idea to realization of automation projects. 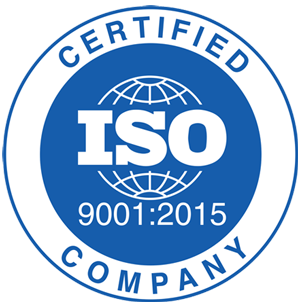